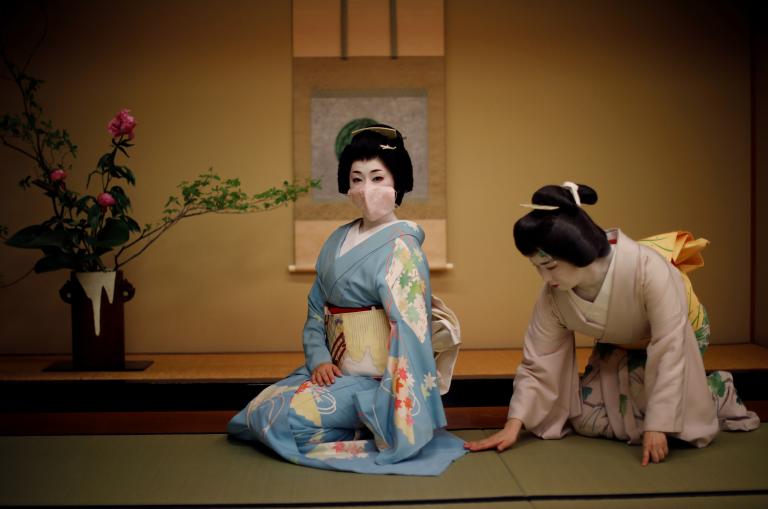 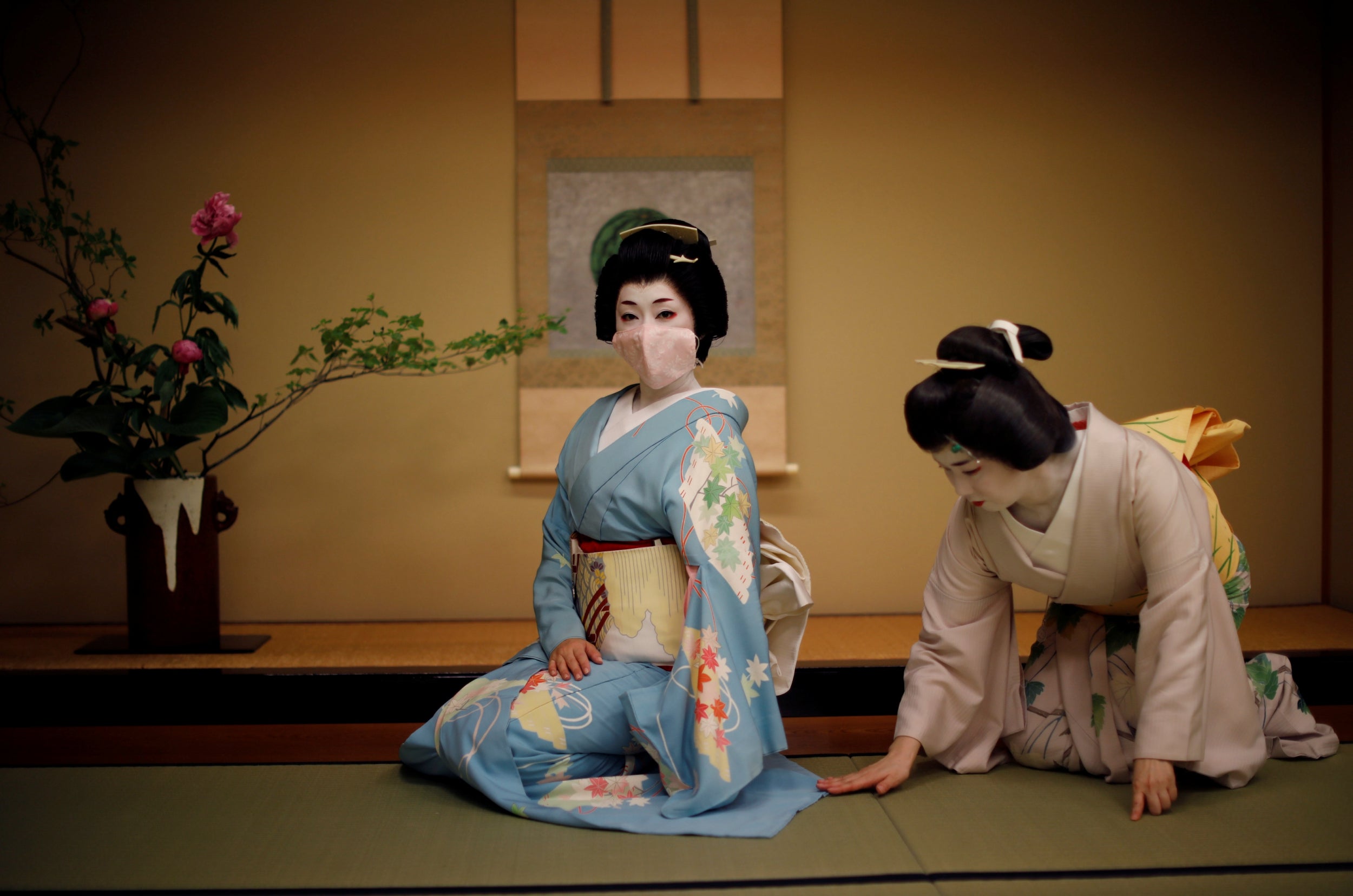 Ikuko (pictured below), the “big sister” of Tokyo‘s Akasaka geisha district, came to the capital to seek her fortune in 1964, the year Tokyo first hosted the Olympics. But the novel coronavirus pandemic has made her fear for her centuries-old profession as never before.

Though the number of geisha – famed for their witty conversation, beauty and skill at traditional arts – has been falling for years. Ikuko and her colleagues were without work for months due to Japan‘s state of emergency and now operate under awkward social distancing rules.

“There were more than 400 geisha in Akasaka when I came, so many I couldn’t remember their names. But times changed,” Ikuko, now 80, says. Only 20 remain, and there aren’t enough engagements to take on new apprentices – especially now.

Sharing the full story, not just the headlines

Coronavirus-induced austerity has slashed expense accounts, and many people remain wary of spending hours in the elegant but closed traditional rooms where geisha entertain.

Engagements are down 95 per cent, and come with new rules: no pouring drinks for customers or touching them even to shake hands, and sitting two metres apart. Masks are hard to wear with their elaborate wigs, so they mostly don’t.

“When you sit close, you can talk with feeling, your passion comes through,” Ikuko says, wearing a black silk kimono patterned with irises. “When you’re two metres apart, conversation breaks down.”

Geisha aren’t the only Japanese artists in danger. Performers of “jiutamai”, an ancient women’s dance, as well as makeup artists, wig stylists and kimono dressers, confessed to worry the coronavirus could further imperil their niche professions.

“Every single one of my events has been cancelled,” says Mitsunaga Kanda, who has spent decades doing elaborate makeup for geisha and dancers.

“We touch their skin and their face, all over, and while we don’t talk we’re very close – something we’re very aware of now,” added Kanda, donning a mask and face shield to work on dancer Tokijyo Hanasaki.

Though the ancient capital of Kyoto is best known for geisha, Tokyo has six geisha districts of its own. But discouraged by the rigour of geisha life with its hours of artistic practice, fewer now join.

Akasaka had 120 geisha 30 years ago. Now all of Tokyo has only some 230. Lessons and kimono are expensive, with pay dependent on popularity. And some skills, such as the witty conversation that make older geisha like Ikuko especially popular, can only be gained through time.

“Our income has been down to zero,” Ikuko says. “I have a bit of wherewithal, but it’s been very hard for the younger ones. The geisha association has helped with rent.”

All geisha, as freelancers, can also apply for 1m yen (£7,200) in government subsidies, which she believes most did.

“I was just full of anxiety,” says fellow geisha Mayu, 47. “I went through my photos, sorted my kimonos. The thought of a second wave is terrifying.”

Still, every effort is being made. “We arrange things in the largest room possible,” says Shota Asada, owner of the luxurious restaurant where the geisha entertain. “Anything to keep this culture alive.”

Michiyo Yukawa, an ex-geisha who owns an Akasaka bar and hosts occasional geisha events, thinks geisha may need to adapt so that more ordinary people can appreciate their charm.

“They have a special beauty,” she says. “They’ve gone through training other people haven’t, they spend a lot of money on this – and it’s made them special. Having this disappear would be sad.”

Ikuko fears an extended pandemic could prompt some geisha to quit. “Now is the worst of the worst,” she says.

“How are we going to get through? It’ll take all of our body and soul.”

Back to: Blog Home – Asia News